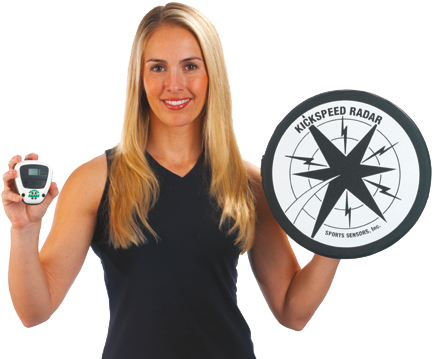 A revolutionary training device to assist teaching soccer kick accuracy and power. It measures the speed of the kick, so the player's ability to hit the target with power can be quantified. The Kickspeed Radar uses proven radar technology attached to a large nylon-covered foam rubber target. Provides coaches and players with immediate feedback.